Revelation TV is a multi-award winning Christian television channel which broadcasts to the UK, Europe and worldwide. It was founded by Howard and Lesley Conder and has  Baroness Caroline Cox and Canon Andrew White as patrons. Trustees include Peter Darg, Alan Tun and Gordon and Lorna Pettie. Its current studios are located in Spain.

Daystar Television Network is an award winning, faith-based American network dedicated to spreading the Gospel around the globe, through all media formats possible. DayStar can be viewed on Sky 583 in the UK. The network was founded by the late Marcus Lamb (1957-1921) and his wife Joni who hosts the… Read more… 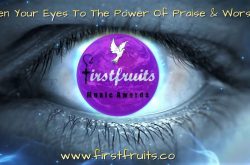 Firstfruits Music Awards was established to promote aspiring Christian artists who produce songs true to God’s Word and Biblical values. It was a response to the subtle war being waged against the Christian music genre, where worldly influences are increasingly impacting lyrical content.This annual event is supported by an elite panel… Read more…

Faith World Television is broadcast on Sky Channel 589 and Freeview Channel 264 and on the Internet. Faith World has a vision of “Changing the world through the Word of God”. The channel is transmitted into the UK and Europe and some parts of Africa via the Astra 2 Satellite…