Rev Canon Jonathan Alderton Ford is a Christian leader, broadcaster and author.  He has served the Church of England since 1985. Prior to that he was a missionary and has a background in Insurance.

Jonathan has been in his present parish for over 30 years and has seen many people become Christians and grow in their faith. Through his ministry two churches have been built and a new Parish has been established. He was part of the team that created the new diocese of Yorkshire.

In addition to his parochial work, Jonathan has served on the General Synod for years and represented the C of E during the creation of the OFCOM broadcasting bill. As a broadcaster he has done radio reports on the Church for nearly 20 years. He has also has served as Chair of Trustees for Premier Christian Radio and is a trustee of the Christian Broadcasting Council, CBC.

Jonathan’s book is entitled A Day In The Death of Charlie Vaughan,  a real page-turner that has received excellent reviews. He has also produced the five Bury St. Edmunds Passion plays, which have won two national awards.

Jonathan has a strong Christian faith and is strongly committed to seeing the Church working together in unity. He is married with two daughters and four grandchildren. 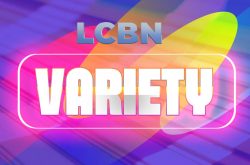 Kenya, UK and Isle of Man

The Primary aim of LCBN TV is to bring the love of Jesus into every home. It also aims to facilitate and shape well rounded and balanced community issues with a Christian lifestyle.  Having a Line up of exciting, current, wholesome, Challenging, Inspirational, Entertainment shows and programs.