Cloak Productions is an independent television production company based in the North East of England. Led by Graeme and Janice Spencer, the company aims to produce quality television with skill, creativity and integrity.

Graeme Spencer is the former chief operating officer of GOD TV, who joined the ministry on their second day on air and was with them for 25 years. During this time the network expanded from two hours a day to two 24-hour channels. He was responsible for overseeing broadcast operations as well as all in house productions. Graeme has won numerous awards in Europe and USA. He also runs a Media Mentoring service.

Janice is a a qualified chartered accountant and has worked for both secular and Christian organisations. Janice was the chief accountant for Valentines Greetings Cards, the general manager of The Manna House coffee shop and bookshop and financial controller of GOD TV. Her expertise includes management accounting, cash flow projections, budgeting, charity accounting (including Tax and VAT issues) and system project management.

Countdown Creative is a content creation company based in the South West of England which aims to help individuals and organisations increase their online following. This is achieved via creative copywriting, SEO-optimised blogging and targeted social media /email campaigns. The company was started by Al Gibson who has been in… Read more… 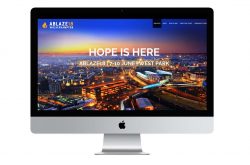 Hi, I’m Josie. I have 25+ yrs experience in the design industry including running my own designs business since 2008, university lecturing, and also public speaking. I’m also the founder and director of Christian Creative Network and Christian Creative Directory. I have worked with hundreds of business owners offering expertise… Read more…

Black Douglas Media is led by Abimbola (Bim) Babatunde and provides all areas of media including PR and Advertising. Based on the Isle of Man, we specialise in the entertainment, PR and music industry. Black Douglas Media promotes several CCM artists. Our clients include diverse UK artists such as Victoria… Read more…